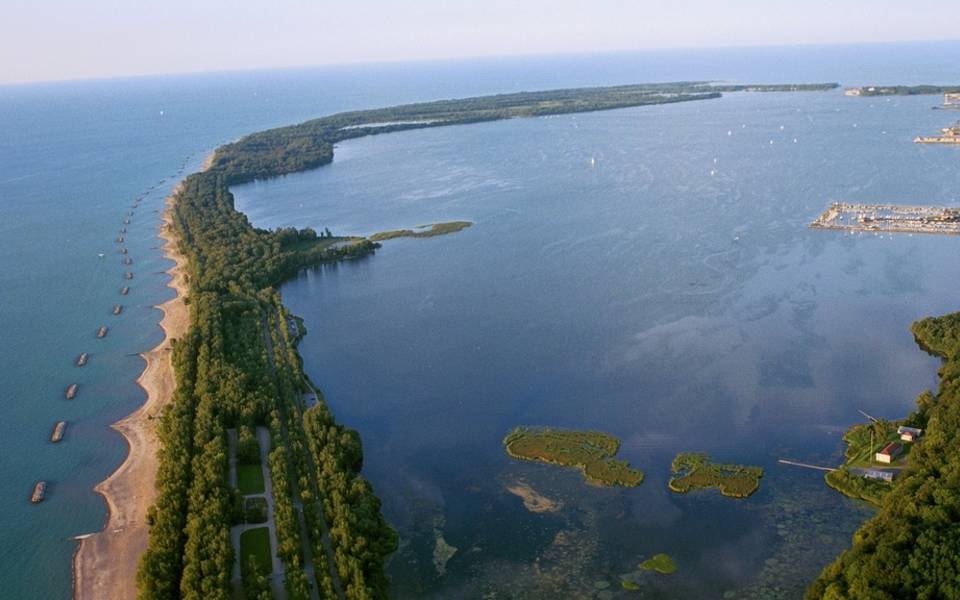 Details Likes
From this vantage point, you can look across Presque Isle Bay to Presque Isle Peninsula. Presque Isle is a recurving (hooked) sand spit. Geologists believe it formed more than 11,000 years ago. Over time the coastline “floated” as the forces of wind and water carried sand from the neck of the peninsula eastward, depositing it at Gull Point, causing that area to grow. This growth and migration of the peninsula occurred rapidly, at least in geologic time. Scientists believe that the peninsula has moved eastward one-half mile per century, although they see smaller changes every year. These changes created an extremely diverse and fragile environment. The Pennsylvania legislature designated the peninsula as a State Park in 1921, and, in 1937, it was renamed Presque Isle State Park. Today, it’s known for its freshwater beaches, extensive trail network, navigable lagoons, historic Presque Isle Light Station, the Tom Ridge Environmental Center and more. (Source: http://www.presqueisle.org))