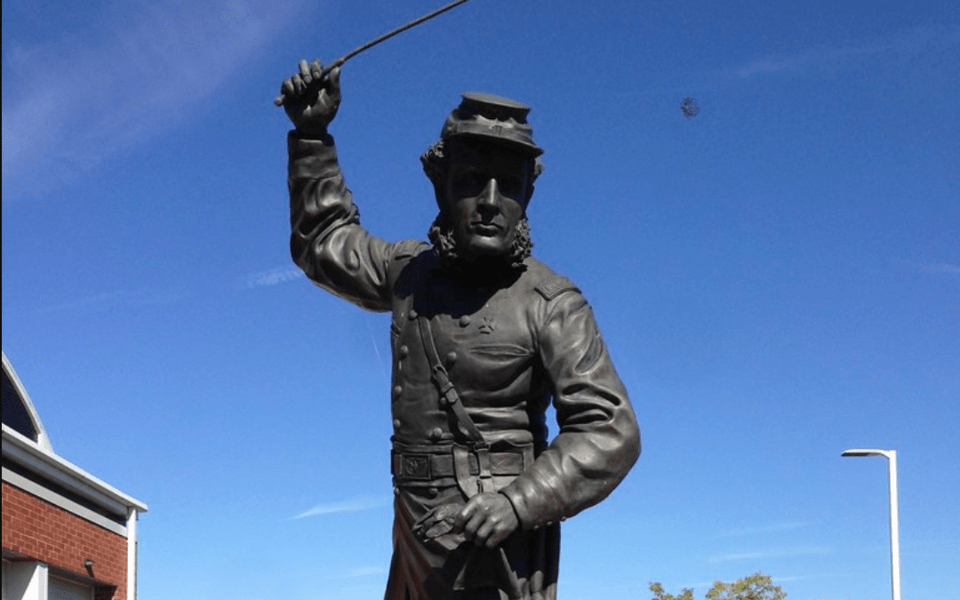 Details Likes
From the plaque:Brigadier General Strong Vincent was "mortally wounded defending his position on Little Roundtop battle of Gettysburg July 2, 1863."Born June 17, 1873 - Died July 7, 1863Strong Vincents actions at Gettysburg were so important that he received the rank of Brigadier General right on the battle field before being killed. The General was herd yelling "Don't give an inch!" to his men as a way to rally them to the http://fight.The general was so well liked by members of the Erie community that they named on of their High Schools after him (Strong Vincent).The statue is in excellent shape and can be found by going past the library and looking left.